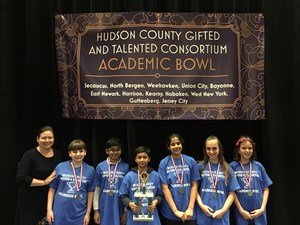 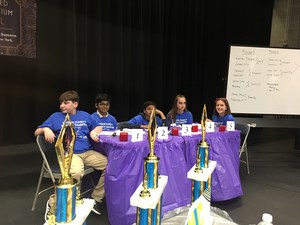 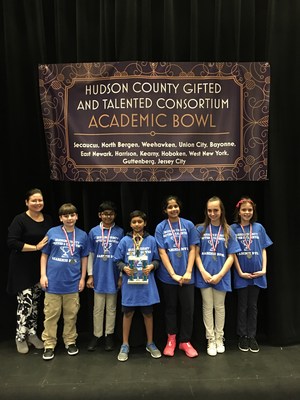 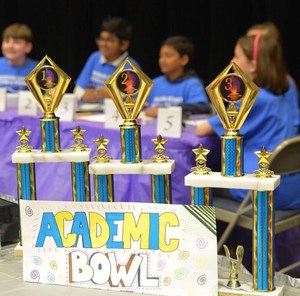 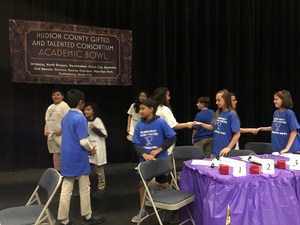 
On Thursday, May 17, 2018, students from both Clarendon and Huber Street Schools participated in the Hudson County Academic Bowl.  The venue for this event was Sara M. Gilmore Academy in Union City, New Jersey. The districts in attendance were North Bergen, Secaucus, Harrison, Bayonne, Union City and Jersey City.  Each district arrived with a team of five academic bowl competitors and one alternate competitor. The students of Secaucus were the only fifth grade academic bowl team completing against all sixth grade teams.

The event consisted of three rounds of middle school level questions and each round consisted of 25 questions.  During round one, Secaucus competed with Harrison and moved onto the next round based on this win. In round two, it was Secaucus vs. Jersey City, Secaucus advanced to the finals based on this victory.  In the final round, Secaucus and Union City took the floor one last time. During the finals, Secaucus placed 2nd to Union City placing 1st scoring 9 to 12.  The following districts were awarded medals and trophies for excelling in this event:  Union City 1st Place, Secaucus 2nd Place and Jersey City 3rd Place.  Fine sportsmanship was exemplified by all during this collaborative academic competition.